Dear Friends ~
I've been involved in making liturgical music for most of my life, and it has been one of the important ways that I've stayed close to the Church. Along the way I have worked with many mentors and colleagues in that regard, one of whom is David Haas. If you follow the world of music, then you are probably familiar with David by name. If you don't, then think of song tunes like "You Are Mine" or "We Are Called" or "Blest Are They," which are beloved by many among Christian worshippers. Any Catholic hymn book is filled with dozens of David's creations, and some Protestant ones are, too.
You may be aware that David, who lives here in the Twin Cities, has been in the news recently because of allegations of misconduct against adult women over the course of many years. He has not been charged with any criminal offenses, but it appears that at least some of the claims are credible and he has issued a public apology for his behavior. While I was never aware of any of this prior to it being revealed in the press recently, I've known David for 35 years, and he was an active and generous parishioner in a parish which I previously served as pastor. It is disorienting to know how to think about all of this.
And it has posed a difficult question for Church leaders and musicians about whether to perform David's music at liturgical gatherings. Some dioceses in the United States have prohibited it outright. Others have not put any restrictions in place. For those that have, the concern is not to punish David but rather to avoid further traumatizing parishioners who are victims of abuse, whether by David or anybody else. Our own archdiocese has discontinued using his songs during liturgies involving the whole local church at the Cathedral, but it has been left up to the individual parishes to make our own best judgments about that question. There has been a variety of discernment about that among the parishes.
I and our parish liturgical/musical leadership met several weeks ago and decided to put a pause on the use of David's music here at Pax Christi. While that means the loss of many cherished songs, we are persuaded by the necessary pastoral concern for possible victims. Ours is not a flat-out and forever "policy," but it is at least a temporary decision that may be reviewed again later. And we may have room for exceptions for more specific gatherings like weddings or funerals when such music is specifically requested by a family.
Nobody benefits from such a sad situation, and everybody suffers—the victims, the parishes, the pastoral musicians, and yes, David. Let's pray for compassion for all who are being adversely affected by these events.
Fr. Mike Byron 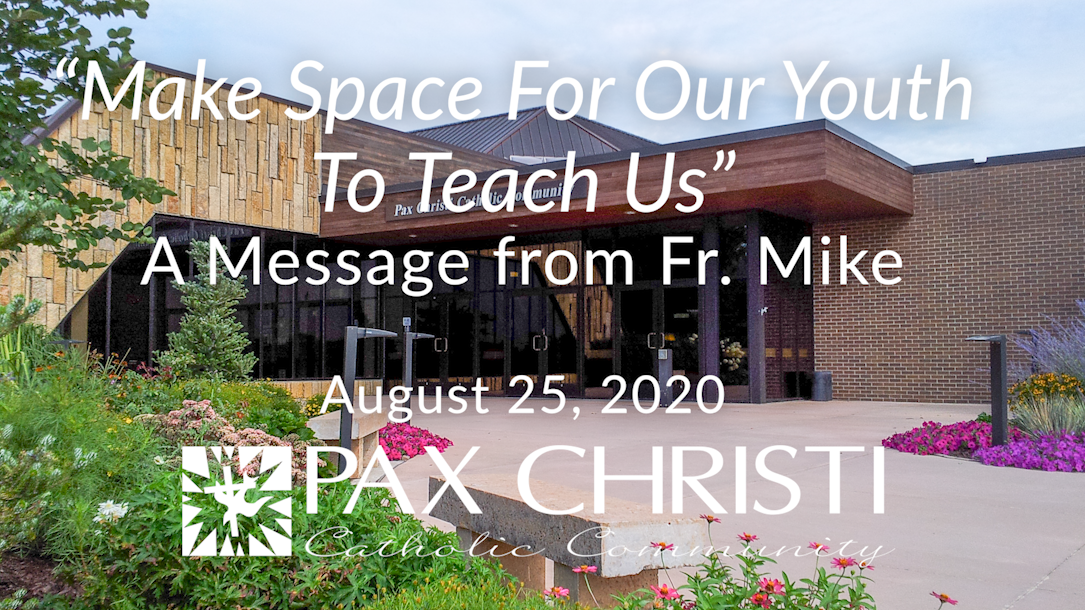 Cancelled Community Event:  2020 Holiday Tea
We are truly sad to announce that this year’s Pax Christi Holiday Tea is cancelled due to COVID-19. We remain hopeful that this memorable annual event will return in 2021. We are grateful to our wonderful hostesses, servers, and guests who continually make the Holiday Tea such a beautiful and special event year after year! In the meantime, we wish you many blessings of peace, health, and “stillness in the midst of frenzy” this holiday season.
Your Holiday Tea Chairs: Beth Halvorson, Erin Cote, and Becky Debol

Twelve Baskets Ministry is going virtual this year! There are two ways to participate through September 1:
FIRST OPTION: Because of the pandemic, schools are streamlining support for families while at the same time keeping physical contacts to a minimum. CLICK HERE to donate to the Virtual Back-to-School Drive. We will distribute these funds equitably among the schools that we support.
SECOND OPTION: Eden Prairie Schools Backpack Drive. Last year, 726 Eden Prairie Schools children in need accessed free school supplies and bookbags that were donated and collected by Eden Prairie churches and businesses. The need is expected to be greater this year due to COVID-19. Many churches and businesses have helped to provide supplies, but there is still a need for backpacks. To purchase a backpack for this effort and have it sent directly to Eden Prairie Schools, go to the wishlist - CLICK HERE.  Thank you!

OUR LADY OF GOOD HEALTH NOVENA

Sponsored by the Indian Community of Pax Christi
August 30–September 7, Daily at 7:30pm via Zoom
Mother Mary holds a special place in the hearts of Catholics in India and across the Catholic Church. In preparation for the feast of Our Lady of Good Health and the Nativity of Mother Mary on September 8, it is common custom to pray a novena (nine successive days of prayer) to Mary. The Indian community of Pax Christi will lead a novena to the Mother via zoom from August 30 to September 7, daily at 7:30pm. Please join us. All Are Welcome. There is no fee. RSVP at this link - CLICK HERE. Watch here for details for the upcoming prayer service on September 8.

Presented by Laura Kelly Fanucci
Monday, September 21, 8:00–9:30pm, Via Zoom
There is no fee. CLICK HERE for additional details and to signup online.

Nine-Week Session Beginning:
Monday, September 21 at 6:30pm OR Tuesday, September 22 at 9:00am
The Seven Story Mountain tells of the growing restlessness of a brilliant and passionate young man, who at the age of 26, takes vows in one of the most demanding Catholic orders—the Trappist monks. At the Abbey of Gethsemani, "the four walls of my new freedom," Thomas Merton struggles to withdraw from the world, but only after he has fully immersed himself in it. CLICK HERE to register online.

LIVING IN THE SACRED ~ PART I

A Renew Small Group Discussion Series; $20 per person
Six-week session beginning:
September 27, 6:30pm OR October 1, 10:00am
Living in the Sacred is a faith-sharing resource developed by RENEW International, based on Ronald Rolheiser’s book, Sacred Fire. Living in the Sacred takes participants on a deeper spiritual journey, exploring a mature adult discipleship by asking the question, "How do I give my life away?” Having moved through the “getting your life together” stage, participants have made life commitments in marriage or other relationships, including raising children, attending to sick or elderly parents or other relatives, pursuing careers, connecting to communities, etc. Living in the Sacred is about how we stay true to these commitments as disciples of Christ. Participants will do weekly readings and engage in online discussions via Zoom for six consecutive weeks. An option to do "Part II" will be offered in the winter of 2021. CLICK HERE to signup online.

Gospel of Mark Part One; $15 per person
Five-week session beginning:
September 28, 10:00am OR September 30, 6:30pm
Thought to be the earliest of the four Gospels, the Gospel of Mark is a fast-moving, vivid account of the ministry, suffering, and death of Jesus. Enter into a rich encounter with this preacher, wonder-worker, and messiah, whose very life delivered an urgent message about repentance, transformation, and the meaning of suffering in a life poured out for others. This five-week study covers Mark 1:1–9:32, providing an in-depth study of Jesus' ministry of healing and preaching. Weekly discussions will take place using Zoom. In addition, all participants will receive access to a Bible commentary, study and reflection questions, prayers, and additional online lectures are included. CLICK HERE to signup online.

This year's exhibit will be VIRTUAL!
Submissons due November 1, 2020
During these uncertain times, may you still find joy in creating and take this opportunity to join fellow parishioners in sharing their artistic gifts. This year’s exhibit, presented by the Pax Christi Art Committee, will be viewed by the community VIRTUALLY, at any time of day. Current Pax Christi parishioners—amateur, hobbyist, or professional—from ages 16 years or older, have the opportunity to show their fine art and craft. Guidelines and application procedures for this year’s Parishioners’ Art Exhibit will be available at www.paxchristi.com in October. Links to the virtual Parishioner Art Exhibit will be sent out via parish communications and linked to the website.
CLICK ON IMAGE BELOW FOR ADDITIONAL INFORMATION. 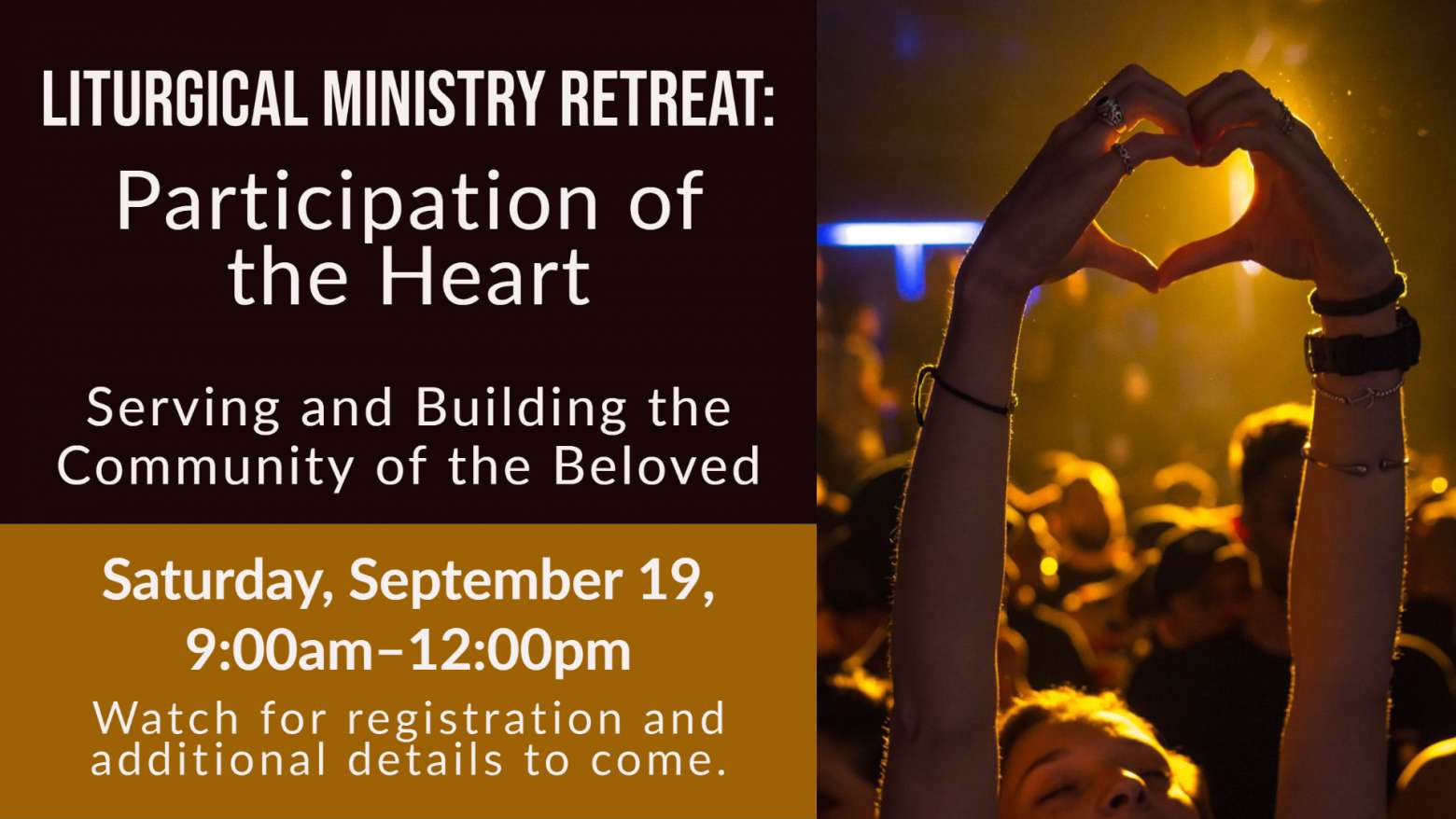 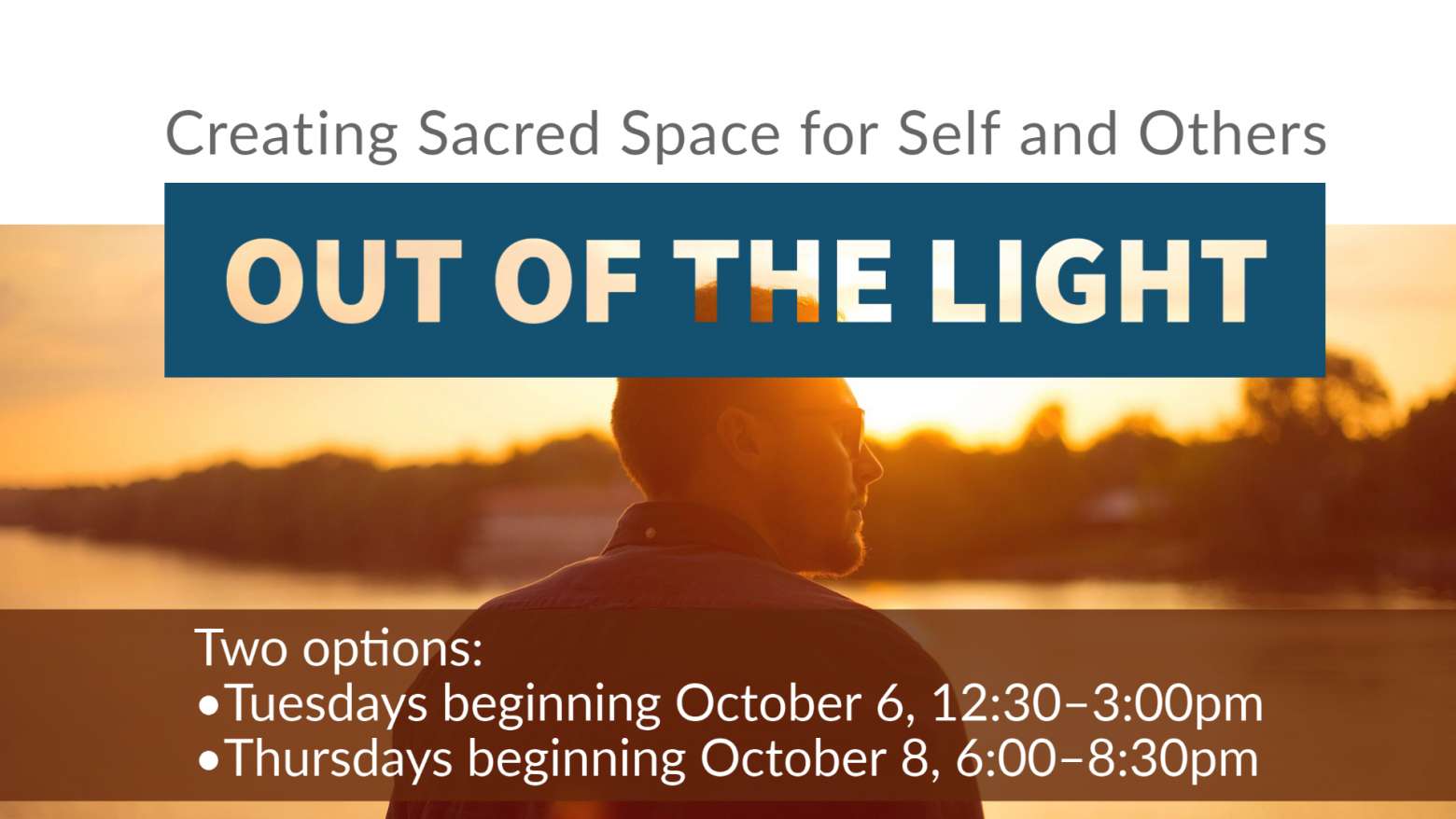